Anyone got any advice for a new guy running JJs 3-3?

Anyone got any advice for a new guy running JJs 3-3?

I'd reach out to JJ.  Great guy who'll spend plenty of time and share all the knowledge.

Gotcha, didn't realize you were talking this in your PM to me.

I subscribed to Clark's player placement philosophy that I believe I picked up from his Wing T.  Start with your worst kid that's assigned to the D (meaning he shouldn't be worse than your 11th best defender), and work up the list putting them where they are best off and add the most value.  Don't worry about "type" necessarily, just put them where they can do their best.  And when you get to your best player, he goes where you have nobody else to fill in.

Then step back and look at it to see if you need to make any adjustments - it's like a big puzzle.  There are two seasons I can think of where I had my best player in the stacks vs. cover group, but there were reasons for that.  Several years I had my best players at CB, because I had nobody else disciplined and good enough in space.

Your primary concern is getting the job done.  I think about my best guys at each position over the 9 years we ran this:

My best R's were good players with a nose for the ball.  Not necessarily the biggest, not the fastest, just always around the ball. Definitely MLB/SS type kids, and that's where they played as they got older.

My best CB's have been very much against type - they were bigger kids (albeit still athletic) who were smart and played angles well.  In other defenses they were LB's and DE's, but for me they were outstanding CB's. They were fast enough to get where they needed to go with angles, they tackled well, and their size let them play the pass.

And my best Dogs over those years weren't necessarily big DE types, they were again smart, disciplined players who did their job.  In fact, my best Dog that I can think of was a little kid who would be a CB for anyone else.  He would beat blocks with quickness and make plays in their backfield.  I had plenty of "to type" Dogs as well.  The biggest part to me was the discipline - they had to make the RB slow down and make a cut.

I'll also add this - off tackle is your enemy.  A good zone blocking team with a TE can take out your stacks, leaving your CB/Dog/R to play off tackle.  The CB HAS to be there outside in, he can't be futzing around reading stuff 5 yards off the LOS.  And your R needs to flow HARD and fill that hole.

I ran more GRIM than I think JJ would advise, because I thought that was a great adjustment for both good off tackle teams and spread teams that ran a lot of perimeter stuff.  Good teams aren't going to let the middle stack through, they'll block it.  So going GRIM and putting a 6th good player in space near the C gap seemed to me to be a good idea.

Thinking back, I had the most trouble running this D when I had poor CB play.  They're on an island, they have to be good.

If I ever ran JJ's defense again, my CBs would be my two best players, hands down. As John pointed out, they are the key to defending a good off tackle team.

What is Grim adjustment? Is that a 2 Safety look?

Do you have his playbook?

There are no safeties in his defense, but yes, the GRIM adjustment is two Reapers.

I know the name of the position is just semantics, but if you call them safeties, and your kids PLAY the position like safeties, you're going to get burned badly.  The CB's are actually your "Safeties" in this defense.

Attached is a bunch of accumulated wisdom and such on this defense, along with the free version of his playbook.  All of this has been put out there publicly, I would encourage you to contact JJ and purchase the full defensive playbook.

FYI, the one thing we NEVER, EVER did was play man running this D.  I think he might have it as an option or something, but don't do it, even he'll tell you that.

If I ever ran JJ's defense again, my CBs would be my two best players, hands down. As John pointed out, they are the key to defending a good off tackle team.

They're the key to everything in this defense.

Ultimately, the R is probably my best defender, but as I mentioned, not always.  Sometimes I have a kid who is a good R but not my best player.  But the CB's are always my best tacklers in space, for sure.  And as I mentioned - I have become particular to them having some size.  I'd rather have a bigger kid who's smart, a good tackler, takes good angles, and is a good enough athlete out there and put the small burners in the stacks to blitz.  I've gotten burned by big receivers going up and over the little kids too many times now. 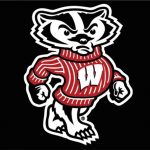 I always had my Dogs as my best defenders as we played alot of sweep teams and this was key for us. If the Dog did his job CBs job was easy. If i had one slower Dog hed take narrow side of the field or O's left side. I would do the same with CBs if needed.

At the 5th/6th grade lvl they had some rules and it was more beneficial to run the 42. Otherwise i was base only.

If you have some one task players put them in the stack and make them monsters there, its not hard todo especially when they start having alil sucess.

The only problem ive had with this D is the fact that my Cbs would get lulled to sleep by the run and not stay disciplined in the pass. A few kids would try to start reading plays in the stacks, easily correctable.

Be prepared as to when you do give up some yards its gonna be in big chunks. I would tell our kids up it will happen, we will correct the mistake and move on.

I think in the three years i ran this we gave up more than 20pts only 2 or 3 times and those teams were just better than us.

If i got back into youth ball, this is the D id run.

My simple advice would be...don't change it 🙂 it's simple and effective the way it is...you start tinkering with it, you are going to start creating holes...that in my experience, the offense will find and exploit.

If you have a stacker that keeps tapping one direction, take them out of TAPS...use the Thunder and Lightning calls...we can and will run different stunts on both sides, "Red (right side) Thunder, Blue (left side) Lightning".

We also love the Monster call...the last two teams we were blessed with quick, strong and just plain nasty NT's. First play of the game was always Monster...to let the Center know he was going to have his hands full all day 🙂 Hopefully, we have that same NT this season, the kid we have penciled in there is big and strong, he can be nasty sometimes and he can be quick when he wants to...just have to let him know we want all of the above 🙂

What John said about player placement works for him, not saying he is wrong, just I have a different perspective on it...I want my Dogs to be on the bigger side, I want a player who can take on the leads and not get buried.

Probably the biggest challenge with younger age groups is convincing the pressure group not to engage the o-line...

None of them suck, they just haven't found what the kid is good at yet.

Probably the biggest challenge with younger age groups is convincing the pressure group not to engage the o-line...

I didn't realize this was part of JJ's defensive philosophy.  But since it is, I can only say, "Excellent!"

Probably the biggest challenge with younger age groups is convincing the pressure group not to engage the o-line.

@spidermac @CoachDP - Please forgive my ignorance, but what do we mean here? Since I coach "bobbleheads" -- as Coach Wilkins lovingly refers to them -- this sounds like something I should know.

Fight 'em until Hell freezes over, then fight 'em on the ice -- Dutch Meyer

The pressure group should penetrate and pursue the ball carrier and not get tied up with blockers on the line.  Little guys on the line have a habit of looking over at the guy in front of him staring back and forget to shoot their gap and get to the ball.

Please forgive my ignorance, but what do we mean here? Since I coach "bobbleheads" -- as Coach Wilkins lovingly refers to them -- this sounds like something I should know.

TPJ, one of my major pet peeves is "block deconstruction" and teaching defenders how to engage or take on blocks.  Teaching defensive personnel to engage blockers is teaching them to get blocked.  Teaching defenders how engage and overpower a blocker wastes practice time as the result you will likely end up with is having defensive personnel looking to engage blockers (at the expense of ball pursuit) so that they can use whatever ninja tactics they've been taught against a blocker.  Defenders will ask their coach, "Did you see me use that move?!" while the ball-carrier's running 60 yards downfield for a touchdown.  Block deconstruction takes the defensive player's focus away from the ball and puts it on a blocker.  Block deconstruction is exchanging a pawn for a pawn fool's gold and before you know it, instead of playing 11 against 1, you're playing 6 on 6.  The last thing I want are my defenders focusing on players who cannot hurt us (i.e., someone who can't score).

I do recall having this conversation with JJ years ago, and he was much in agreement.  I just did not know that he had incorporated it into his scheme.

I have taught take on all blocks this or that way because that's how it's worded in the manuals and clinics.  What you are describing makes more sense to me.  Can you expand on block deconstruction and how you teach it?