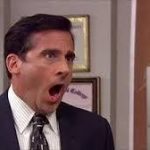 I've been following your progress. We installed the KB defense this year and came up one game short of the championship. I really like what this defense has done for us this year an look to do even more next year. Good luck this weekend coach.

Thanks coach. Sounds like you had a great season. I really feel this is the best defense. My rst year funnung it to. We are making mistakes still but teams haven't figured out how to take advantage of them.

Killer bee pitched a shut out in championship game.
We won with a score 10-0..
Our corner ran a 60 yard interception to the opponents 10 yard line to set up first score. Went for 2 and got. 8-0.
In the  closing minutes outside linebacker sacked the Qb in the endzone for a safety. Score 10-0.
Just a quick summary..More detail and lessons learned to come later.

Other than their 2 long sweep runs and nice pass to their wingback our defense was on fire.
The long runs were a personnell issue, the corner was in the right spot to push runner out of bounds with a 3yard gain but he elected to run beside ball carrier for 10 yards.

Congratulations, Coach! I enjoyed checking back here each week to see how your team was progressing. 10-0 in the title game is a pretty awesome feat!!

Wish you continued success in the future!

Fight 'em until Hell freezes over, then fight 'em on the ice -- Dutch Meyer

lessons learned.
slant left, mike right
slant right, mike left
Eagle- DG's A gap
Bear- DG'S B gap
Bear Mike middle
These are the stunts I use 90% percent of the time when we stunted
These were the main stunts we 90% of the time

When did i stunt/what stunt:
generally in the first half  i would mix 3 to1 eagle and  bear.
2nd half i took the lid off with a lot of slants and mike opposite
2nd half Bear and mike middle was good.
if the got inside our 30 i would mix with up with slants and mike calls.
I like to slant away  and send mike to short side of field. we had good success on killing counters coming back thru b gap.
On some occasions i would slant and send mike to the same side to keep the offense honest. ( my Mike is a BEAST).

The stunting improved when we told lineman to hit the gaps not to hit the left chest of defender.

I would allow yardage( if they are close to scoring then i drop the hammer) in the 1st half to keep the coach from making adjustments at half time that is why in 2nd half it was wide open.

When I scouted teams I watched how they blocked with their  tackles. If the tackles automatically ran to linebacker level I knew the stunts would work.

Before games and defensive night of practice we would cover the stunts eagle, bear, slant left and right. The biggest problem is going to be the kids that don't know left from right.

In warm up drills we stressed getting the left hand to right foot or right hand to left foot exercises correct.

we had a good rotation of 4 kids at DG. 2 bigs and 2 small speedsters. I would mix these up to get a good pace going. I would start out with 1 bull and 1 speedster. Then after a few reps i would go 2 bulls, and then sub in 2 speedsters.

I was a fun game to do the mixing and matching.

After the championship weekend the league hosted an all star tournament. We picked up 6 kids from another team and lost 4 of our regular players due to other plans.

I had a week to work with the new kids but with inclement  weather here most missed practices.  So only 20 mins of practice.
I had to teach 1 new corner, 1 safety, 1 olb and 1 Dr.
The easiest to tech was De, the hardest was OLB. The kids were so use to boxing on their original teams, there was no way to keep them from going back to old ways.

Game 2.. the KB was showing its teeth. 24 to 0 shut out..safeties and mike made 80% of tackles. The new kids were  loving the defense.