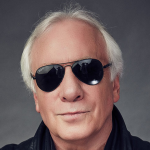 After the new year i will begin studying and visiting  a few coaches clinics.

And visiting the new DumCoach site!

I have been meaning to add a few things to this game.

Our mainstay of drills are pretty consistent through out the year.

Sumo and T TIME are our favorite drills for aggression. The kids live these drills and all the parents love it. When we do either if these 2 drills at the end of practice we let the parent come out and circle around us.. it gets to be a feeding frenzy.

I've done DP's whose ball drill a few times at the beginning of the season when we had extra time.

This year we added it back in near the end of the season because I wanted increase intensity of practice before playoffs. They went crazy... our mantra was "take ii, whose ball"

Now, fast forward to championship game,which we won 10 to 0. On one the drives we were getting gashed. They drove inside our 10 yard.

I began to yell take it, take it. The entire sideline began to chant "take it, our ball"

Two plays later on what looked to be easy gain to the 2 yard line our middle linebacker  pulled the ball out the running backs hand! Coaches had turned our back getting ready to sub in goal.line defense.  Ref was yelling WOLVES BALL!!

If you don't use the whose ball drill you are missing out.

Oh and by the way we kept doing the drill in the all star practices, with different kids,  we pulled the ball twice during the all star weekend.

Thanks for the drill Dave..