Like most movies, it was "flavored" to make a better movie but over all, it was a decent rental.  I can't imagine going 11 years without losing but I will keep trying  😉

I just ran across this board, and registered for this thread (hopefully not my only post though).

I played football at De La Salle under Coach Lad and Coach Edison.  This movie showed a lot of things that never would happen at DLS.

- The RB going for the TD record.  Players do not keep track of stats or records; yes we know in our minds how many TDs we score or picks we have, but we do not broadcast it or compare (maybe in jest at times) it to others.  There is no individual effort/star on the team.  It is a team, one for all and all for one, nothing else is accepted.

- The egotistical WR.  He would not be playing varsity with that attitude.  Everyone there works hard, every day.  Nothing less would be accepted by the rest of the team.  No one comes off of JV thinking they will be the varsity stud, everyone knows they have to earn it.

- The chants of “Streak, Streak”.  The streak(s) were purposely downplayed by all, for fear of it getting in people’s heads.  The only mention of “streak” I ever saw was when the bookstore made T-shirts after the season.  Wins mattered, not the streak, one at a time; each week was a new effort.  However, probably the greatest motivator was that you did not want to be the team that lost.

--Humility is expected.  That is why you don’t see TD dances, poses after each tackle, etc.  Over the years some players get a little too excited (Maurice Drew’s somersault in the Poly game for example) but that is quickly corrected.  Players are expected to play with honor and not draw individual attention.  Again, it is all about the team (the Brother Spartanhood).

- The overbearing parent.  The player’s parents were a brotherhood in themselves, very close knit.  All the parents are very supportive

- The diner scenes.  There are no “player hangouts” like you may see in small towns.  Concord is a fairly large suburban community and the players live pretty dispersed.

- Community support.  For the most part, the surrounding area either hates DLS or ignores it.  There are no supportive signs on the local sporting goods stores. Maybe an independent business owned by an alumni or parent will have a small sign, but I never saw one. It was a daily occurrence for us to be on the field during practice and have obscenities yelled at us from passing cars (Usually the Ygnacio Valley HS students)

- One of the biggest fallacies: DLS has NEVER lost to Clayton Valley.  They tied that year and DLS later lost to Clovis West by a larger score than Bellevue.

All my gripes aside, they did show some of the positive aspects of the program.  I am glad they centered on the TK / Cameron Colvin story line.  DLS has had a lot of tragedy throughout the years.  One great thing about the Spartanhood is that we all keep in touch to this day, even different graduating years, we are all Spartans.
Michael Chiklas played Edison to the T, Jim Caravel did a pretty good Lad. 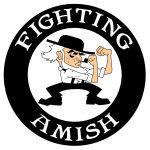 This movie showed a lot of things that never would happen at DLS.
.
.
.
- The overbearing parent.

Even if he's played by Eugene Krabs? 😉

I may be in the minority, but I didnt care for the movie at all. If your going to manufacture movie drama, as Spartan noted, make it into a great movie. I thought it was too predictable. Maybe I was hoping for a "Remember the Titans" type movie, or maybe I just kept waiting for Jim Caviezal to beat the crap out of a bunch of people (Person of Interest).

Great Movie! But it is all about Remember the Titans!

I'm definitely not from Cali. But knowing what had happend from all the articles I've read about DLS, this movie was OK... maybe too much Hollywood. I just wished that it stuck to the way it really was more than it did, IMO.

BTW, ALL THE RIGHT MOVES was a very underrated movie, lol.

This is one of my favorites:

Yeah, that one was pretty awesome.