Your 1st practice schedule of the season?

While reviewing our practice plans leading up to our Jamboree (2 practices/week; 3 weeks = 6 practices).  As I went over our 1st practice for tomorrow night, I got to wondering what others do for their 1st practice.

If you’re comfortable sharing it, what is your 1st official practice plan?

This topic was modified 4 weeks ago by Coyote

Deaths while walking 4,743Deaths from football 12

Man, that is really moving!   Kudos!

I only plan on having bare bones for jamboree. Those are meant to get the kids in some live play and evaluate.

That said I stress stance and start, tackling fundamentals, pursuit, and aggressive play.  I must get these guys ready and confident in the basics of blocking, tackling, and ball control.

Team skill :20 min tackling fundamentals . Fit, fit into a bag, fit and drive into a bag.

Offensive individuals 20 min: every player does each station ( like, back, receiver, qb)

Group scheme 15 min : walk through offensive play 1 to both sides.

Rinse and repeat for oncoming days.

Our group scheme pace picks up and we don't hit for a week. Once pads get on drills includes pads but live hitting isn't forced and we work a lot on bags and shields. We will have our live time in group 7v7 run maybe some 8v8.

Jamborees we will have an inside play, outside play and 1 pass. 1 formation.

Defense we have vanilla set up. Hope this helps. 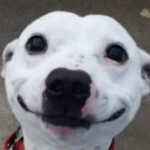 I have traditionally used a skills assessment format 1st practice.  I did this when coaching non-school youth teams and do it still at the MS level. Think combine but adjusted.  Instead of a 40 split 20 time we used a 20 with a split 10 time with younger players.  We also have a pro agility, Zig Zag and a few more. (including a height and weight) It gives us a better understanding of a starting point for personnel and provides a data set for the parents that want to know why their child is playing a certain position. (ie Johnny isn't a running back because of his size and speed.  He was 35 of 43 in size and 37 of 43 in speed and/or quickness) I just used that data tonight with a parent asking about their 6th grader playing up on varsity.  Being able to have parents see that everyone has the same chance and showing apples to apples comparison helps parents understand.  Now I coached youth rec ball while I was in the military so every couple of years it was a new team and new kids.  You may have a returning squad that you are very familiar with, but I make the 8th graders go through the same process as the 7th and 6th graders.  Our county athletics director liked it well enough that HS and MS have to have a data driven tryout if they make cuts.

Here is what we did this year: (We get 12 days in the spring and this counts as one of those days)

Check In Height and Weight

We then do a qualitative assessment

Passing, receiving, kicking, snapping, and end with something fun such as an illusiveness game like deer hunter or Air Force.

Our first day was the same as our first week.  In Hour 1, we would hold position try-outs.  Every player would pass, catch, kick, punt, deep-snap and get timed in the (yards appropriate for his age group) sprint.  We would use a variety of drills to determine who was a candidate (and who wasn't), but they were all filtered through out the week.  For example, on Monday every player is passing and catching the ball.  On Tuesday, I've narrowed that number to x-number of candidates, as well as given a first look to any newcomers.  Let's say the number is down to 6 QBs and 4 receivers.  On Wednesday, we've narrowed it to 2 QBs, as well as given a first look to any newcomers.  On Thursday and Friday, we only look at newcomers in the QB and receiving drills since we've already cut the previous candidates down to 2.  On Monday, we might not get to every try-out drill.  Maybe on Monday it's only passing and catching.  Perhaps on Tuesday and Wednesday, we're conducting the try-outs for punter, kicker and deep-snapper.  But as latecomers arrived, they were always put through all of the drills to assure that we didn't overlook anyone.  By the time we had finished with Friday's practice, we had a pretty good idea of who should play where.

In Hour 2, we only conditioned.  Whether it was Enduro, Whose Ball, Backwards Bear Crawls, Lame Dogs, etc., We spent an hour on conditioning their minds (P.A.I.N! Program).

Since everyone had a position going into Week 2, that's when we taught the fundamentals and terminology for those positions, as well as introduced them to contact during Hour 1.  In Hour 2, we were only conditioning.

During Week 3, we installed offensive and defensive scheme during Hour 1.  Hour 2 was again spent on the P.A.I.N! Program.

We felt that this approach gave us a thorough look at all of our players.  Knowing that we had a full week for each determinant (positions, fundamentals, scheme) we weren't pressured to over-install or focus on one thing at the expense of something else.  The usual youth practice features running lots of laps, lots of "taking a knee while the coaches make speeches," and installing plays as soon as the header has eyeballed which kids he thinks are good enough to be the starters.  The rest of the kids are sent with the Newbie Dad-Coach to give them busy work.  Late-arrivals usually get thrown into the group with Newbie Dad-Coach unless he looks like Tarzan.  If so, he's kept with the starters even though he hasn't been put through a single drill.

By our first game, we are limited on the amount of plays and formations in our playbook, but we are physical and salty as well as comfortable with the fundamentals and assignments.

Curious as to how often you actually hit this schedule to a tee or how often things end up having to get skipped or shortened.

I’m not the header this year, so this isn’t exactly it, but this is similar to what we’ve done in the past.

Our state requires a mandatory two practices without pads as part of what they call a heat acclimmation program. It’s the same all the way up to high school.

The shorts and T-shirts practices makes for a pretty easy direction to go with. There will be a combination of evaluation stations, including agility‘s,  a time to Sprint, along with some technique work with blocking and tackling on bags. We will have a period where go over stances and lead into our cadence as a whole team. Those who need additional help will be pulled out of the larger group for individualized attention. We usually have a period with a Countyfair style conditioning circuit in the middle of the practice with additional conditioning at the end. I’ve been lucky enough to have established quarterbacks almost every year I’ve coached, this year there will have to be a little more assessment included in the first few days.

Curious as to how often you actually hit this schedule to a tee or how often things end up having to get skipped or shortened.

I try to keep to the schedule. The camp and first 3 days have a special focus. Our objectives are to introduce kids to football. We need to learn the kids. We need to try to do as much as we can without pads because on six of those days we cannot use pads. I'm also trying to teach my assistant coaches the techniques.

So kick offs / kick return, I'm trying to show the concept to the kids, but I'm more showing the scheme to the coaches and letting the kids kick the ball.

Tackling dummies and that stuff are easy to hit timing wise. Pitch, rocket, jet sweep are all just me seeing what kids can do. I don't think we'll necessarily run them.

Additionally, there's a lot of overlap. When we get into the season and begin running normal practice. We'll have a set schedule every day. So usually 5 minute warm up, 10 minute special teams, ball handling, blocking, tackling, defensive indy, scrimmage, workout, and stretch. We'll run through stuff, and we'll do it fast, but we're doing the same segments every day. So kids get a lot of chances to learn stuff.

Also if we're going over, it's workout and the game at the end that get stretched. Ironically 8 minutes feels shorter or longer depending on what you're doing.

Deaths while walking 4,743Deaths from football 12

Looking at some of your initial practices, I feel sorta like a slacker.   Our 1st practice went very well, though most the kids played in 7U, we're basically assuming they have never played before.

Here's our 1st practice plan and we actually accomplished all of it:

Split into 2 groups – both groups work both sets of skills.

Switch groups [ we don’t have a B group or a 2nd Group;kid are either in Group A or Group 1, to start the season]

Run thru the Backs, then  switch OGs.  C will step playside.  Will switch Cs when switch OGs

This post was modified 4 weeks ago 2 times by Coyote