Skip to content
Forums
General
Welcome to DumCoach
How Did You Get Int...

How Did You Get Into Coaching?

Reading the "coaching experience" thread, I thought it might be interesting if everyone shared how they got involved with coaching in the first place.

Answered an ad in the paper.

I was having a beer with a neighbor who was coaching at the time and he offered my the DC spot for the next season.  Best beer ever.

‎"Tell me and I forget. Teach me and I remember. Involve me and I learn." Benjamin Franklin

I began coaching basketball in 2000-01 when I was 19.  I coached in a junior NBA league that had just started.  Neither of us had kids in the league, we just thought it would be fun.  Lost in the championship that year.  I coached 2 more season in that league before moving too far away.  Coaching was always a passion for me.

I started back up with basketball last season and baseball this summer, coaching my sons teams.

Football wise, I was asked to coach this past July.  One of my baseball assistants is the VP of the football league and he approached me about taking over a team that lost its whole staff.  And now here I am.

Wanted to help with sons team. Thought it might be fun.
First year had son as MPP on D (My D) No one gets a free ride. After his 8 plays he sat

Second year they asked me to be a head coach and I didnt realize how much in over my head I was.

Third year I found this site and havent left yet

I figure I will leave this site when I have found the answer to every question I have OR I quit coaching.............. 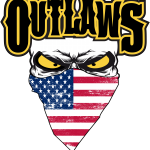 Signed up my oldest son to play...2 weeks before the season we get a call that we don't have a coach. After watching the atrocities that were tee ball and girls softball(my daughter is older),,i had told my wife in passing one day that I was thinking about coaching. So of course my wife tells the guy on the phone "my husband has been wanting to coach"...he comes by...gives me my roster...3 footballs...and then leaves me to fend for myself with no help or guidance whatsoever(curiously I was taking over his team that had not scored a TD all year). First year was hectic but we got through it 3-4(technically we didn't keep score but we knew) and here I am today 6 years later with you fine people. LOL!
TW

My X girlfriend signed her son up for football. She always wanted her son and I to have a "better relationship" so I volunteered to help coach his team and fell in love with coaching. Have been doing it ever since.

I was a parent watching my son play.  After a game the coach got in a heated discussion with the officials.  He got suspended for the next game and since I had watched all the practices he asked me to sit in for him.  After that week the board decided to kick the coach out of the league so all of a sudden I was the man (if you want to loose friends go from being just another parent to the coach).  That was ten years ago.  The first four were up and down till I found the Delphi Double Wing forum and this site.  I didn't know what I didn't know back then.  These sites have made me ten times better and I expect to be ten times better ten years from now.

After helping our organization get off the ground 13 years ago, a close friend began coaching and brought me on board as an assistant during our second season.  I took over the team the following year and have coached that same team since that 2001 season.

I was watching my nephew practice in his first year of youth football.  I saw how bad, unorganized the practice was going.  Lots of standing around, long lines and kids would be put in positions they had never played.  This was in mid season and they were getting killed every game.  I vowed to not let my son go thru that experience so I started reading some football books to learn the parts of the game that I didnt know.

Next year I saw an ad in the paper needing youth coaches in my town and I signed up.

My brother-in-law was the HC of a team and he asked me to come and help him. His first year I told him no because I was too busy. His second year I said yes but only for the one season. By the end of that year I was hooked and not wanting the season to end.

After ripping up knees became a scout and breaking down film for coach in College. Then helped uncle in Northern CA with team as lb coach(didn't take serious upset over knee injuries) Go back to So CAL helping little brother with baseball and see a coach favoring players in football (coaches sons/easy mothers) and started helping the unfavored(remembered those days) and that got the fire burning! At first it was just something to do than it turned into helping(saving/mentoring to) the community kids who wouldn't get a 2nd look! short version but picture is drawn!

I was a parent on the sideline and after a few practices the head coach asked me to help. I did and soon after he got canned because of his live scan did not pass. I was asked to take the team. Got hooked ever since and coached baseball, football, basketball, fast pitch and of course the best game in the world!!!!!

After helping our organization get off the ground 13 years ago, a close friend began coaching and brought me on board as an assistant during our second season.  I took over the team the following year and have coached that same team since that 2001 season.

Very similar to Dave's post.  I answered an ad in our local paper concerning starting a league.  Ended up that I helped found the organization and coached.  I have been either on the Board, Coached, or Both since the start.  Unlike some, I dedicate to football only.  Enough to learn and think about without coming straight off the ball diamond to coach football or off the gridiron to coach Basketball.

Never played, but went to a few C.O.O.L. Clinics and other football clinics, and thought I could maybe handle coaching kids who were six or so.

Saw a team near my house play.  They got killed on defense, and on offense had ONE (I kid you not) play for positive yardage.  So I called them up.  They said with three games to go in the season, they had their routine down, and didn't want to add anyone, but I should come to the off-season meeting.  So I went.  They asked potiential head coaches for their "philosophy," and said that potential assistants didn't need to talk, because "the job of the assistant coach is to do whatever the head coach tells him to do."  Three other highlights:

1) Our coaching is fine.  We just have personnel issues.
2) From the coach of the six-year-olds: I wrote up 35 or 40 plays over the winter, but I might pare that down a little bit.
3) Board Member: We heard complaints that you swore at the kids.
Head coach from previous year: That's f_______ bull____.

Anyway, they never called me back, even when I tried to follow up.  Until August, when they called me while I was already coaching another team.

Then I called another team.  The three levels the year before went 2-6, 0-8, and 0-8.  They didn't score a point, at any level, in the first three weeks.  This was part of the conversion:

I was going to congratulate him for being the only football coach on the planet who doesn't think that everyone, including the Pope and the President of the United States, wants to be a football coach, but I didn't.

Then I called a third team, and they said come on out.

Now the really funny part is that after coaching for two years, and (a) wanting to coach O-Line, and (b) being at least somewhat decent at it, lots of teams seem to want to talk to me.  I should probably just tell them to return the phone calls of all the people they think aren't good enough for them.

Michael can not receive PM's, emails or respond to Posts. He passed away in September 2018. To honor his contributions we are leaving his account active. R.I.P - Dumcoach Staff.