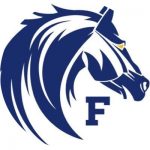 Game 1 is in the books. This is my first season on HS staff (Varsity D-Line coach).  Started on the road against a team that didn’t look good on tape.  We only had some scrimmage film and a game from last season, but they have a whole new coaching staff this year.  When you play a bad team, don’t snap it over your punters head (two points) don’t fumble the ball after a nice punt return or a big 3rd and long conversion, or for good measure, another fumble by the RB. Defense overall played fairly well, but we lost 3-12. And what we saw on Hudl was accurate. They weren’t that good. Which means we have a lot of work to do. Next week will be one of the top two teams we see in the regular season this year.

Hope everyone else is off to a great start!!!

A couple more games down and it is a rough start. We knew the second week would be tough, but the mistakes we are making on offense and special teams are killing any chance we have of competing early on. And I don’t care about bad field position and quick changes, the defense still has to fight and make some stops. Terrible loss in week 2, 14-49. 14 scored against their twos and threes after a 0-49 halftime score.

Week 3 was our home opener. Playing a team that is big up front on both sides of the ball. We aren’t. (Three of our starting offensive lineman are sophomores)  Special Teams mistakes again, one block (actually a personnel issue and a player jumped in, but he was aligned to deep and backed up right in front of the kick. Took it right off his tailbone) recovered for a TD, and another snap over the punters head at the 5. But defense caved on first down and they scored. Down 0-20 at halftime. Offense did finally get a first down or two. They adjusted well at the half and really drove the ball well on us in the second half. One 8-9 minute drive and another 7 minute drive. But offense still struggles and we finish the game 0-30.

At 0-3, our next opponent is good but not head and shoulders better. Talent wise, we should be able to compete. But our Starting QB won’t be starting after a shoulder injury last week. So we are starting a young sophomore there also. We have improved ball security. We have to get special teams squared away.  Defense needs to create more takeaways to help out a struggling offense.  If we don’t compete in this game, I could easily see us mentally losing some players. They have had a few down years and you can sense the ‘here we go again’ mentality sneaking in. That will be the challenge with Homecoming chaos next week.

Homecoming is always fun....so have fun!